We all remember where we were on that bright September morning 20 years ago, when hatred of America, our freedoms and our way of life rained hell from an innocent blue sky. The horror of the passenger plane slamming into the World Trade Center. And when the second plane struck the second tower, we all knew it was an act of war. We watched the shocking collapse of the first tower as the bravest — firefighters and police — raced up the stairs to save lives, many of them giving the last full measure trying to save others. Then the second tower collapsed as New Yorkers raced away from the disaster. Men in suits and women in dresses, covered in ashes and shell-shocked, ran from the devastation. A vast emptiness haunted the Manhattan skyline above expanding smoke and debris.

We remember hearing the reports that in Washington, D.C. another passenger plane crashed into the Pentagon and the full horror and scale of the worst terrorist attack in our history took shape. We were glued to our TVs, often shifting between tears and rage. Commentators broke down. Everything was changing.

One more passenger plane remained unaccounted for. This one it turned out was aimed at the White House, ready to deliver a decimating blow to another American symbol. But the passengers on that plane had found out the evil that was in their midst, that was attacking their country that autumn morning, and they fought back. They stormed the cockpit, attacked the terrorist hijackers and in the end crashed the plane into a field in Pennsylvania.

We remember the self-sacrifice of so many. The bravery of so many that day continued as rescue teams searched for survivors for days and weeks. And the indomitable spirit of America rose through the smoldering Manhattan wreckage, captured in the moment that dirty, exhausted firefighters raised the American flag over the ruins, shades of Iwo Jima generations before.

That changed a nation, galvanizing us into action. The politics and policies of those actions can be debated by pundits and historians, but the courage, sacrifice and love of America permeated all of the fallout from the hate-filled terrorists: From the first resistance of passengers ultimately saving the White House and plunging their plane into a field, to the American soldiers who fought and sacrificed until last week in Afghanistan, leadership may fail at times, but the spirit of America lives on in the American people who continue to cherish and fight for the freedoms we’ve inherited. 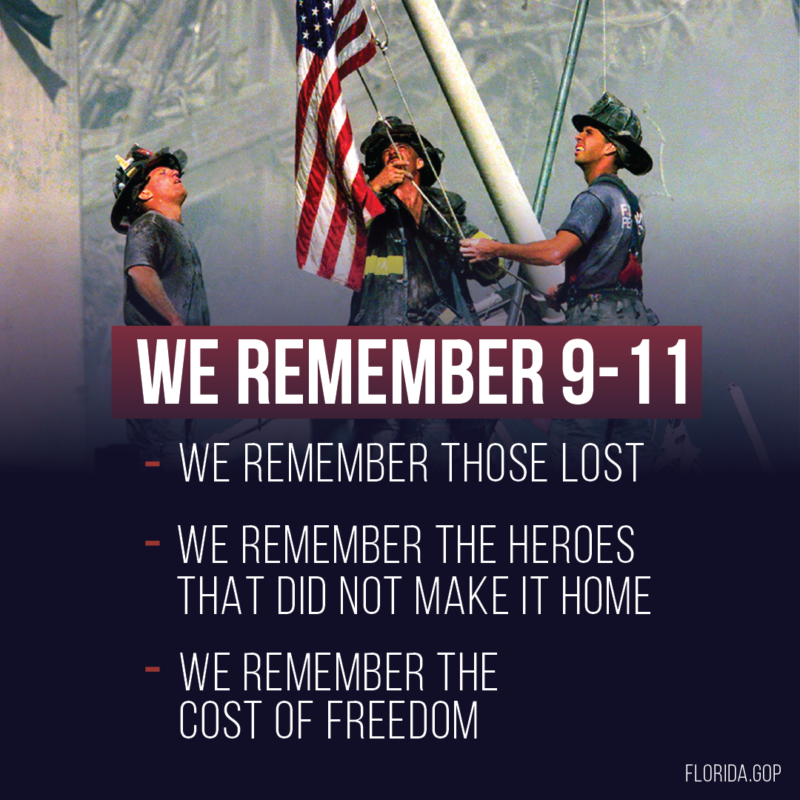